Graduated in Law from the University of Calabria in 2010. Member of Italian BAR in the Court of Cosenza, Reg. Numb. 3450 and Member of the Czech BAR Association as Established European Lawyer, Reg. Numb 50226.

During his university studies, he spent one year studying at the Law Faculty of the University of Basque Country in Bilbao, Spain. In 2012 he completed his postgraduate studies in International and Commercial Law at University of New York in Prague where, in cooperation with University of Greenwich (UK) he awarded the title of Master of Law (LL.M.)

He specialies in cross-border cases within the EU, particularly those between Czech Republic and Italy. As registered lawyer in both Jurisdiction, he advises Czech/Italian clients as well as representing them in front of courts. 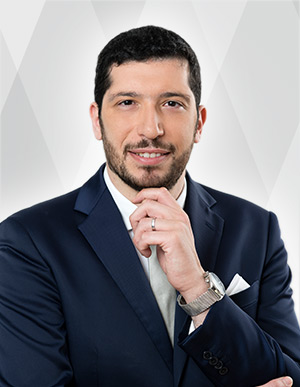